Now this is quite a confrontation we have here today ladies and gentleman.
by Andreea Dalena September 30, 2020 6442 Views

Well, it’s not all that much of a confrontation, to be exact and honest. It might look to the inexperienced observer that all of these kitchen appliances are contending for that one spot in your kitchen.

That can’t be further from the truth. Although they do overlap with some of the things they can do, they are all specialized in their fields.

So, Food Processor vs Blender or Mixer – who wins?

There’s also one more thing you should know before we start. The thing is, food processors are vastly superior products to blenders and mixers. They can do the majority of things these two can, plus a bunch of stuff they can’t. So, what I’ve said in the second paragraph goes the least for food processors and much more for blenders and mixers. You can figure out that what I’ve just said was the truth based on the prices. Check today’s deals here, on Amazon. 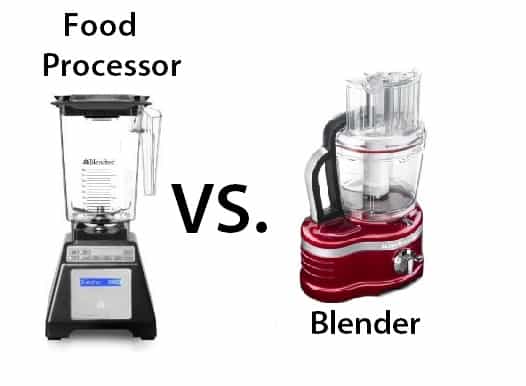 The pricing for food processors goes through the roof, and you’ll probably have to spend several hundred dollars in order to have one whether blenders and mixers are relatively cheap machines, as you can see for yourself here, on Amazon. I know what I usually say, just because something is expensive doesn’t mean it’s good or high-quality. Well, that doesn’t apply when you have one sort of product costing thousands more than all the rest, even by the same manufacturer. So, when it comes to food processors it’s not just hype or some marketing mischief but true power.

Quality may vary, of course, so the main question I’m always asking about food processors is whether they’re worth the money required to purchase them or not.

So, why don’t we open up the entire story with food processors?

They are the beasts of this article basically. They pulverize whatever you put in front of them and constantly ask for more.

The main indicator of how powerful these machines really are is the fact that they can knead the dough. As you’re probably perfectly aware, kneading dough is a pretty nasty business and a difficult one at that. So, if your average food processor can do it, that right there is a testament of some real power.

You don’t even have to add water to the bowl for the processor to tear everything to pieces, it’s absurd. Blenders can’t work that way. In order to get anything going with a blender, you must add water to the mix. Otherwise, the blades will rotate and do a bit of mixing at the bottom, but the top part of the mix will be undisturbed. So, you need a bit of water to get everything going since blenders are not that potent at the end of the day. 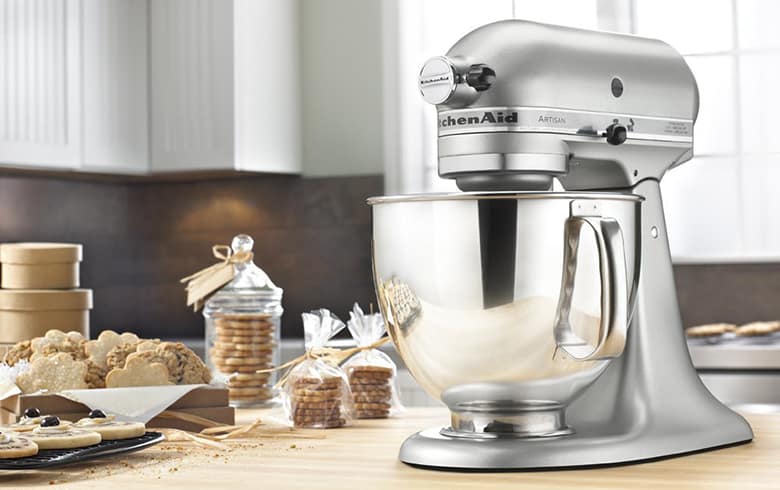 Blenders in the food processor vs blender battle

Now that we know our way around food processors, we can start talking about blenders a bit. As I’ve already said, blenders are not omnipotent beasts in the kitchen like food processors. They have their limits, but are pretty awesome at what they were intended to do. Blenders are thereto, as the name itself tells us “blend” stuff. That means you’ll be getting a paste 100% of the time. Blenders can’t make juices like juicers can, but they can make smoothies, soups, ice cream… In total, they can make anything that doesn’t require very fine processing.

If you job does require it, though, you know what you need. That’s right, a food processor. The blades of the blender weren’t designed for fine cutting. It’ll always need water to start the process, which means it lacks in power compared to the almighty food processor. Blenders are terrific if you know exactly what you’re buying them for and what is it that you will be getting once you’ve opted to get one of these guys.

Hand mixers are the least powerful category here and they’ll be on your radar if you’re totally crazy about baking but can’t really afford a food processor.

What is a mixer? It’s nothing more than electricity-powered whisker.

It doesn’t do anything a food processor can’t do, and it’s a totally different animal from blenders.

Food Processor VS Blender – Find Out Which Is Better

What are the best juicers in the market?

Best Hamilton Beach Food Processor in 2020 – reviews from our expert

...Quality Assurance Manager, Mother, Happy Wife and Online Surfer - welcome to my world. Part of my old job included testing and reviewing food processors and other mainstream kitchen appliances. So I though I should share that with you on this site. Simply put, you'll find here information on the best models on the market. Chopchoplabz is my definitive guide and lab.
2 Comments on this post.